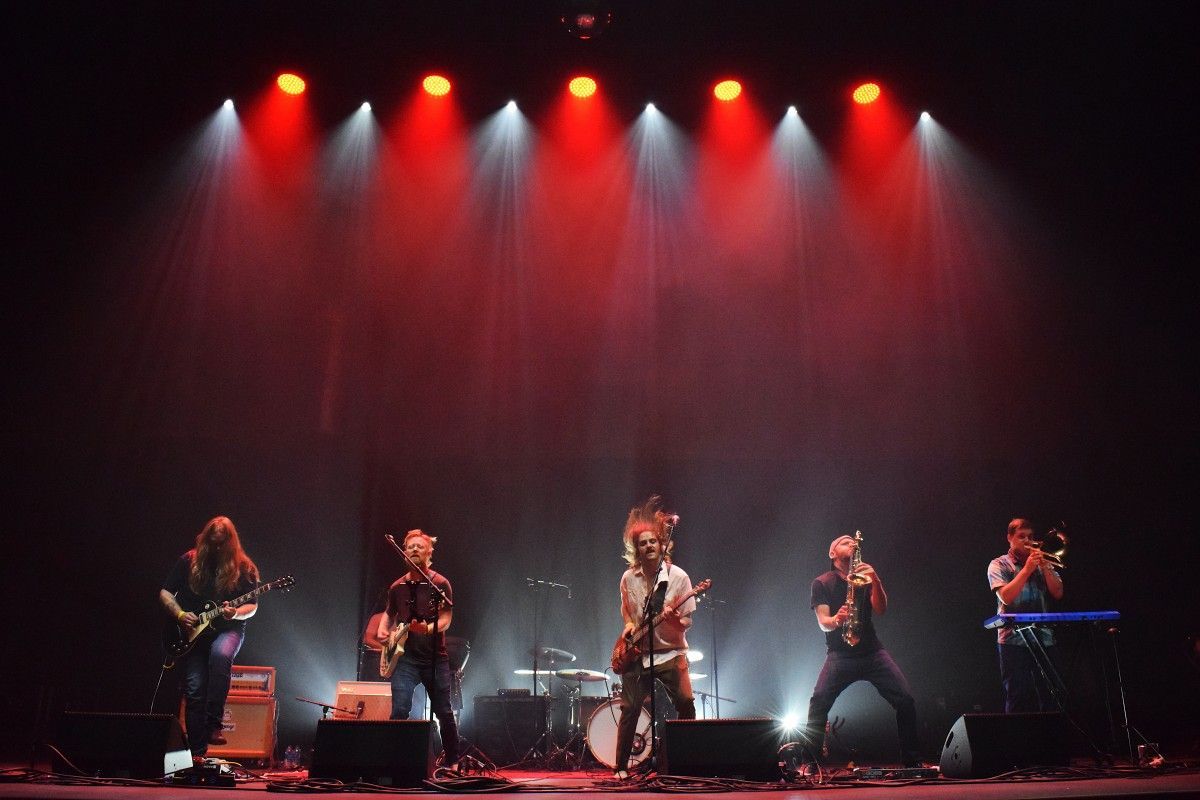 Float Like A Buffalo
Float Like a Buffalo is a Denver-based 7-piece, 9-instrument, high-energy Funk Rock band. We love to get our crowds dancing with songs inspired by our home in Colorado, being on the road, and finding ourselves. The band has become a local funk sensation over the past five years, playing shows at major Colorado venues like Red Rocks, The Bluebird Theater, Gothic Theatre, Levitt Pavilion, and Marquis Theater –and taking the crown for Best Funk Band in Denver in Westword’s 2019 Music Awards. In early 2019, Float Like a Buffalo released their freshman full-length album, ‘Back From Nowhere’ at a near-sold-out release party at the historic Gothic Theatre. The band followed this rocket start to the year with shows at Red Rocks (Local Set), The Marquis Theater, Levitt Pavillion, and Westword Music Showcase. In the summer of 2019, Float Like a Buffalo made their debut on the Red Rocks Main Stage as an opener for Face Vocal Band. They also received the award for Best FunkBand from Denver Westword and were listed among the Top 30 Rock Bands in Denver by 303 Magazine.In August 2019, Float Like a Buffalo released their new single, Gone By Morning, and the Music Video to go with it, at a packed party at The Gothic Theatre.


Banshee Tree
Banshee Tree was born out of the Colorado Hills. With roots in traditional swing, Banshee Tree evolved into a fully electric band that blends its early influences with modern dance, rock, pop and indie soul. They are preparing to release their debut LP and will be touring throughout the U.S. this summer 2021 in support.
https://www.facebook.com/bansheetree
Instagram.com/BansheeTree